Finally, rumors have come true, But it is not Nokia C1 and Nokia D1C, it is Nokia 6. After months of speculations and anticipation HMD Global, the Hardware manufacturing partner of Nokia has finally announced the new phone dubbed as Nokia 6, a Nokia that finally runs Android.

Coming to the phone itself, the Nokia 6 is powered by a Snapdragon 430 octa-core chipset coupled with 4 GB of RAM and 64 GB of internal memory expandable via the help of a micro SD card. The exterior of the phone boasts of an aluminum unibody design with the old Lumia-esqe design language of simplicity and high-grade craftsmanship. The front of the phone has 5.5 inch Full HD 1080p in-cell display with 2.5D curved gorilla glass. The phone runs on Android 7.0 Nogut. 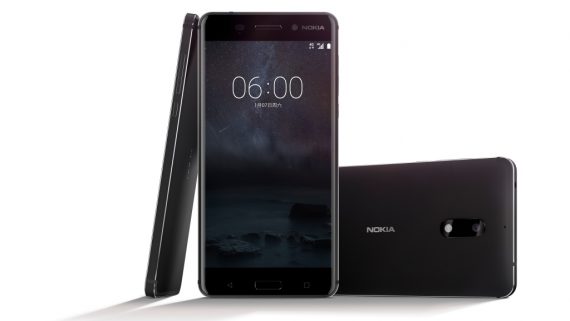 To keep the phone ticking the Nokia 6 has a 3,000 mAh battery inside the phone, the sound department has been handled by Dolby and Dolby Atmos technology has been used for superior sound. For the photography enthusiasts the Nokia 6 has a 16 Mega Pixel rear camera with f/2.0 aperture and phase detection autofocus which should keep the photo bugs happy and for the selfie lovers, the Nokia 6 also houses an 8 Mega Pixel Front camera again with f/2.0 aperture which should keep them happy. There is a fingerprint sensor embed in the chin of the phone as well.

Apart from the Nokia 6, the press release HMD global also indicate the this won’t be the only phone Nokia launches this year and that there will be more Android-powered phones to come in 2017.

The legend is back! Nokia 6 in flesh. (images via weibo: https://t.co/EyOoE0b4GU) pic.twitter.com/zkABELfRZi

Everyone earlier expected Nokia to come back with priority on the western markets but the china exclusive launch has shocked one too many analysts including me. Let’s hope India soon gets a taste of the Nokia glory once again with the launch of Nokia 6 in India.