Dell has introduced revisions for its most popular XPS series with the launch of 2022 Dell XPS 13 and Dell XPS 13 2-in-1 laptops. The manufacturer has not only refreshed the internals of the laptops but has even made significant changes to the outer and internal design setup of the XPS 13 series.

The newest edition of XPS laptops from the company arrives as the thinnest and lightest 13-inch machine for the mass market. Besides, Dell has added the new 12th Intel Alder Lake chipsets on these machines; which provides faster performance and improvement over the predecessor.

Let’s check out the features, specifications; pricing, and availability of the Dell XPS 13.

The Dell XPS 13 as the name says comes with a 13.0-inch 4K LCD; with a screen resolution of 2400 x 3840 pixels. The laptop features a minimalistic design which includes an aluminum finish covered all over the body giving a sturdy build.

The machine now arrives with a  redesigned internal layout that has a 1.8x smaller motherboard along with a single fan. These new changes found in the new edition give a larger space for speakers; when compared to the predecessor.

On the other hand, the latest laptop from the brand comes with a large trackpad, a power-button embedded fingerprint sensor; a backlit keyboard, and a webcam placed on the upper bezel of the display. Under the hood, a 12th generation Intel i5 and i7  U-series processor paired with Iris Xe graphics powers the laptop.

The connectivity options of the XPS 13 include two Thunderbolt 4 ports, one Type-C port, and a micro-SD card slot. Moreover, the laptop comes with the support of Wi-Fi 6E and Bluetooth for faster wireless connection and data transfer. Lastly, the newly revised 13-inch machine from Dell comes packed with a 51Wh battery with fast charging support.

The all-new 2-in-1 device from the company comes with a tablet design; that gives users ease of carrying around and comfortably completing the tasks. The aesthetics of this laptop-cum-tablet takes cues from Microsoft’s Surface Pro along with the keyboard cover.

However, this piece of tech doesn’t come with a full-fledged CPU but features the Evo version of the Intel 12th Generation chipset. Moreover, Dell has brought its first 1080p resolution webcam for this variant making it the first laptop to feature a higher resolution camera; along with a 4K resolution camera on the rear.

The 2-in-1 even comes in a 5G variant that enables users to work from anywhere seamlessly with the addition of cellular connectivity. Although, the 5G version of the device gets a tad bit thicker and heavier when compared to its other version. The color options of this 2-in-1 XPS 13 Wi-Fi variant flaunts the Sky color and a Slate shade for the 5G variant.

The Dell XPS 13 starts for $999 for the Windows 11 variant and a developer version of the same costs $949 with the Ubuntu 20.4 operating system.

Both new laptops are available for purchase in the United States and Canada; flaunting Sky, Umber, and Slate shades. 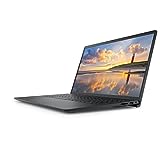 How to Recover Unsaved Word Document on Windows PC or Laptop