Motorola Edge 20 Series featuring Edge 20 and Edge 20 Fusion Android smartphones have arrived in India. Motorola has launched the Edge 20 in Europe last month with a similar set of specs. The newly announced Edge devices come with IP52-certification which makes them water and dust-resistant.

The smartphones from Motorola come with triple cameras on the rear; and a tall 20:9 aspect ratio display. The display on both devices has a punch-hole for accomodating the front-facing camera. In the same price category, the edge devices will compete with the likes of OnePlus, Vivo, and Samsung smartphones.

The Edge 20 handset sports a 6.7-inch full-HD+ OLED Max Vision display with a 1080 x 2400 pixels resolution. The display supports a 144Hz refresh rate and up to 576Hz of touch latency. A Corning Gorilla Glass 3 protects the 20:9 aspect ratio screen that has a DCI-P3 color gamut coverage. Also, an Octa-core Qualcomm 778G Chipset powers the device along with 8GB of LPDDR4 RAM.

The Edge 20 Fusion sports a 6.7-inch full-HD+ OLED Max display with a resolution of 1080 x 2400 pixels. The display supports a 20:9 aspect ratio screen and a 90Hz refresh rate. Under the hood, an Octa-core MediaTek Dimensity 800U chipset powers the device along with 8GB of RAM and 128GB of internal storage.

The sensors array on the Edge 20 Fusion is loaded with an accelerometer, ambient light sensor, gyroscope, magnetometer, and proximity sensor. The connectivity options are 5G, 4G LTE, Wi-Fi 802.11ac, Bluetooth v5, GPS/ A-GPS, and a USB Type-C port. Also, the battery capacity of the Fusion variant is of a 5000mAh cell that supports TurboPower 30W fast charging.

Also Read: How to Take Screenshots on Android if App Doesn’t Allow Without Rooting 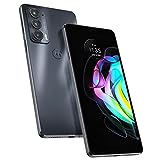 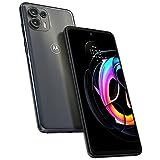 Google Has Stopped Business With Huawei "Effective Immediately" Due to U.S. Government's Ban