Both the devices, come with Stock UI running on the Android operating system, Triple Rear Cameras, and punch-hole displays. The design of these new smartphones is quite similar to the previously launched Moto devices. Moreover, Moto has brought a special edition for Edge X30 which hides the front camera with on-screen pixels on the display.

Under the hood, an Octa-core Qualcomm Snapdragon 8 Gen 1 SoC powers the device. The storage options of the smartphone include up to 12GB of LPDDR5 RAM and up to 256GB of UFS 3.1 storage.

The camera module on the Edge X30 is a triple camera setup featuring; 50-megapixel OmniVision’s OV50A40 main sensor with OIS and f/1.88 aperture. The secondary sensor is a 50-megapixel wide-angle shooter and the tertiary lens is a 2-megapixel depth sensor.

The front-facing camera on the smartphone is a 60-megapixel sensor for selfies and video calling. Additionally, the display can hide the selfie camera with on-screen pixels on the special edition.

The connectivity features of the smartphone include 5G, 4G LTE, Wi-Fi 6, Bluetooth v5.2, GPS/ A-GPS, NFC, and a USB Type-C port. Besides, the onboard sensors array of the handset features an accelerometer; ambient light, gyroscope, magnetometer, proximity sensor, and a side-mounted fingerprint sensor.

Furthermore, the battery pack is a 5000mAh cell that supports a fast-charging capability of up to 68W with a Turbo Power adapter.

Moreover, the manufacturer is bringing a middle variant that has storage of 8GB RAM and 256GB onboard storage priced at CNY 3,339 or Rs. 40,400. The handset will go on sale from December 15 in China and there’s no information regarding the global launch of the device as of now. 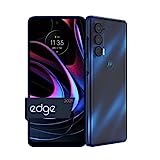 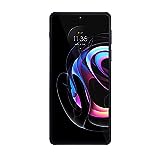 Are You Annoyed by Redirecting Ads? Google has Got it Covered with the New Chrome 64 Build