The Motorola Moto E22s has officially launched as an entry-level smartphone in India. The device features a MediaTek Helio chipset, dual cameras, a larger battery capacity, and a punch-hole display. Motorola has included a high refresh rate display with a noticeable chin on the bottom.

The smartphone has already launched as an entry-level 4G handset in Europe. Motorola will soon launch the device in many other countries across the world. However, the European model has few differences and changes when compared to the Indian version of the E22s.

The design of the new E-series smartphone from Motorola features a plastic back and frame along with a pattern that shimmers from the camera lens placement. Let’s check out the full specifications, features, pricing, and availability of the Moto E22s smartphone in India.

The 12 nm Octa-Core Mediatek MT6765V/CB Helio G37 Chipset paired with a PowerVR GE8320 GPU powers the device. The storage versions of the E22s come with 4 GB RAM and 64 GB of internal storage, and the device runs on Android 12 with stock UX skin on top.

The connectivity features on the E22s include 4G VoLTE, Dual-Band Wi-Fi 802.11 a/b/g/n/ac, Bluetooth 5.0, GPS with A-GPS, GLONASS, GALILEO, a 3.5mm headphone jack and a USB Type-C 2.0 port. On the other hand, the sensors array of the handset features a side-mounted fingerprint scanner, accelerometer, and compass. The battery pack provided on the smartphone comes with a Li-Po 5000 mAh cell and supports regular 10W charging speeds.

The Moto E22s smartphone with a lone storage version of 4GB RAM and 64 GB internal storage costs Rs. 8,999. The smartphone will go on sale from Oct 22, 2022, at noon via Flipkart and other retail stores across India. The color options provided for the device from Motorola are Eco Black and Arctic Blue. 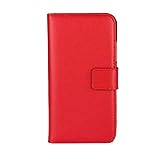 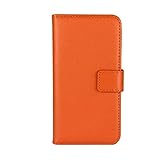