One of the most important things to remember in this age of the internet is our password. We have passwords everywhere for our smartphones, PCs, social media accounts as well as other platforms. For this reason, lots and lots of internet users have started to use password managers. But password managers are of no use if your passwords are extremely weak and can be guessed easily.

Researchers have already said that you should stop using 8 character passwords which can be guessed with ease. It can be understood that more the characters in a password, the harder it gets to compromise your account. But still, it is found out in a recent study that people are using extremely weak passwords.

Study reveals that Millions still have ‘123456’ as their password

Nowadays, most of the platforms have started to emphasize on setting strong passwords for your accounts. For this reason, you are told to set a password of 8 characters or more. This is done for the simple reason that passwords less than 8 characters are extremely vulnerable.

Some major platforms such as Facebook, Twitter, banking websites also put emphasis on keeping a special character anywhere in your password. So that your password becomes that more difficult to crack for an attacker.

Having said that, Security research firm NCSC has just revealed their study data which shows some shocking facts about our passwords.

NCSC analyzed passwords of accounts that were breached in various hacks on different platforms. Among these passwords, NCSC found that 23 million users had ‘123456‘ as their password.

Also Read: How to Import Bookmarks and Saved Passwords from Any Browser to Microsoft Edge Browser

Obviously, you will now realize why those passwords were breached first of all. It is extremely dangerous to set passwords with a sequence of numbers for your accounts. Other than that, the data reveals that the second-most used password was ‘123456789‘. Note that this is also a sequence of numbers with the addition of just 3 more characters at the end.

On the other hand, most common names that were used in these passwords were “Ashley“, “Micheal“, “Daniel“, “Jessica” and “Charley“.

The most commonly used name in passwords from Football clubs was “Liverpool“. What we can learn from this data is to not use the above-mentioned passwords for your accounts. As these passwords are now available publicly, they are extremely prone to hacking. 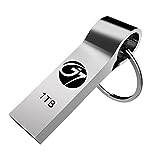 How to Lock Facebook Profile and Hide Posts, Images, Videos to Strangers