Now, Microsoft is bringing both the devices in availability to all the consumers in the country; that features 11th Gen Intel Processors along with the latest Windows 11 operating system.

Intel’s Evo platform focuses on performance along with an ultra-slim design of the devices; Surface Pro 8 comes under the same category with a slim design and high performance.

The display on the Surface Pro 8 is a 13-inch PixelSense touch panel with a 120Hz high refresh rate and a screen resolution of 2880 x 1920 pixels. Besides, the camera setup on the 2-in-1 device features a 10-megapixel rear camera; that supports 4K video recording and the front camera is a 5-megapixel sensor for video calls and selfies.

The Surface Pro 7+ from Microsoft sports a 12.3-inch PixelSense touch display; that has a pixel density of 267ppi and a screen resolution of 2,736×1,824 pixels. The camera setup of the Pro 7+ is an 8-megapixel rear camera that supports 1080p full-HD video recording and the front-facing camera is a 5-megapixel sensor that supports Full HD video calls.

Moreover, the Core i5 and Core i7 versions of the Surface Pro 7+ come with Intel Xe graphics; whereas, the i3 variant comes with Intel UHD graphics.

Also Read: How to Fix “gpedit.msc Not Found” Error in Windows

The Microsoft Surface Pro 8 base variant with Wi-Fi only starts at Rs. 1,04,499 and the LTE model comes for Rs. 1,04,499. Microsoft will sell the Surface Pro Signature Keyboard that converts the tablet into a 2-in-1; along with the device in select partnered stores.

The Microsoft Surface Pro 7+ starts at Rs. 83,999 for the Wi-Fi-only model, and Rs. 1,09,499 for the LTE version. Both the Surface devices will go on sale from February 15 at Amazon in online stores and Reliance Digital at offline retail stores. 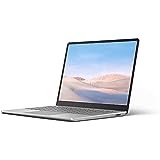 How To Recover Deleted Files From SD Card, USB Drives and Hard Disks

How to Install Remix OS on VirtualBox [Windows, MAC & Linux]