The overall design of this foldable smartphone from Microsoft hasn’t changed but the device features few upgrades. The upgrades on the device include the latest Snapdragon SoC and triple cameras on the rear along with a front-facing camera.

The Surface Duo 2 foldable device sports an 8.3-inch OLED screen combining on both sides with a resolution of 2688 x 1892.

Unlike flexible foldable devices from Samsung; the one-side folded screen on Surface Duo 2 has a 5.8-inch OLED screen with a resolution of 1344 × 1892 pixels.

The foldable device from Microsoft while folded showcases a curved display; that gives notification alerts with unique colors for each notification.

Under the hood, an octa-core Qualcomm Snapdragon 888 5G Chipset powers the device along with 8GB of RAM. The storage options provided on the foldable smartphone include 128/256/512 GB of internal storage.

The camera module present on the Surface Duo 2 device is a triple rear camera setup; featuring a primary 12-megapixel sensor with an f1.7 lens.

The connectivity features on the foldable smartphone from Microsoft include dual-band Wi-Fi 6, Bluetooth 5.1, GPS, NFC, and USB Type-C 3.1 port.

The sensors array on the smartphone features a side-mounted fingerprint sensor, accelerometer, and proximity sensors. Furthermore, The battery pack provided on the Surface Duo 2 is a 4,449mAh cell that supports 23W Type-C fast charging (charger not included in the box).

Microsoft has brought the device in two different color options that include the Glacier and Obsidian. The Pre-orders of the Surface Duo 2 have already begun and shipping might take place from October 21. 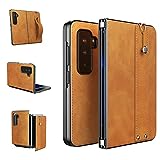 Lava Blaze 5G: The Cheapest 5G Smartphone in India will be Available from Nov 5