Mi 11T Pro is already in cards with its launch scheduled for the 15th of this month; the manufacturer has officially teased some of its features. The company has released a promo teaser regarding their upcoming smartphone with a unique feature. Xiaomi is conducting a global launch event for its new products and the 11T and the 11T Pro smartphone will debut at the same event.

The upcoming 11T-series of smartphones is the successor for the Mi 11 series; which features improvements from the previous generation. The changes and upgrades of the upcoming smartphones include updated high-refresh-rate OLED displays and high-end MediaTek processors. But, the most interesting factor for the new 11T series is its new Hypercharge fast charging technology.

The Mi 11T Pro teaser released by Xiaomi has showcased its upcoming fast charging technology support which is the 120W HyperCharge technology. The promo video at the end has given the product launch event details that include the date which is September 15th, at 20:00 GMT +8. Besides, the smartphone may come with a 120Hz refresh rate which is an upgrade from the 90Hz display.

Also Read: 13 Easy Solutions to Fix “Mouse Cursor Moving on its Own” Problem on Windows

Under the hood, a MediaTek Dimensity 1200 SoC may power the device; as many smartphones at mid-range and mid-premium devices boast the same processor. Although, certain reports are stating that the 11T series may feature the Qualcomm Snapdragon 888 SoC. This can be a credible piece of information as the predecessor feature the same chipsets and switching to MediaTek Dimensity 1200 is a step down in performance.

Speaking of the cameras, the 11T Pro might feature a primary 108-megapixel camera on the rear; the 11T will come with a 64-megapixel main module in the rear. Also, the rear cameras will feature triple sensors with the above-mentioned primary sensors. Furthermore, the 11T lineup from Mi will come in two different storage options such as 8GB RAM and 128/256GB of internal storage.

Coming to the design, both the Pro and regular variant will flaunt similar aesthetics with unique color options. The naming for the color options for the 11T line-up is Celestial Blue, Meteorite Gray, and Moonlight White. Also, the expected battery capacity of the device is a 5000mAh cell that will support the 120W Hyperfast charge. Besides, the event will include the launch of the Mi Pad 5 Android tablet series. 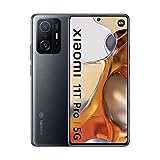 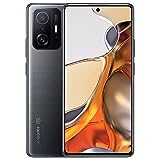