CEO Mark Zuckerberg on Thursday has announced ‘Meta’ as the newly rebranded parent company name for the social networking company Facebook. The speculations regarding the renaming of the brand popped up last week from many notable sources.

Finally, the company has announced the rebranded name at its Connect virtual event explaining the future expansion of the Metaverse.

The social networking giant in the process of building the Metaverse; has taken its first step by renaming the brand name. The rebranded name Meta certainly makes sense as the CEO’s goal for the company is to; create a Metaverse virtual world with existing tools. The metaverse from Facebook is an amalgamation of both virtual and augmented reality that sums up into a single platform.

The single platform created as a Metaverse takes advantage of their existing social media and VR services such as WhatsApp, Instagram, and Oculus. The combination of all the services and tools along with a deep integration will make for the virtual world that the company is trying to build.

Meanwhile, the company has already in the process of bringing a smartwatch just like Apple but additionally features a camera.

There were few reports from Bloomberg that revealed the rendered image of the upcoming watch; found inside the companion application of Ray-Ban Stories Glasses. The function of these smart glasses from Ray-Ban is to capture videos and the application helps in uploading the videos on Facebook and Instagram instantly.

The design of this upcoming smartwatch may compete with the likes of the Apple Watch with a similar design.

Furthermore, the watch will capture pictures and record videos with the camera as per the renders; just like the Ray-Ban Smart Glasses. Some of the functional gestures include the start of recording a video with pre-existing gesture modes; also, the company may bring video calling features directly from the watch. T

he device will be compatible with both Android and iOS and the company will announce the product in early 2022. 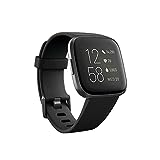 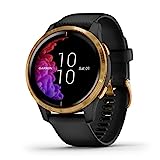