Lenovo ThinkPad X1 Fold is the new iteration of a laptop from Lenovo with the folding mechanism on the display. The X1 Fold is a flagship model from the manufacturer that works on a hinge system called multilink torque hinge.

The company is providing a Bluetooth Mini Fold Keyboard that resides on the other half of the foldable display. The keyboard gets charged wirelessly when in use and has a very small form factor for ease of use.

The X1 Fold comes with a significant folding design and has a built-in kickstand for using the device as a stand-alone display. The device is usable in both ways by folding which makes it a laptop and unfolded; the X1 Fold comfortably feels like a tablet. You can place it on a desktop with the help of a kickstand and make it a PC setup. Lenovo previously has showcased this device at various events and now it’s in production and for sale around the world.

The ThinkPad X1 Fold sports a 13.3-inch 2K OLED display with a 2048 x 1536 pixels resolution. Besides, the display from LG gives the device the ability to transform and fold into different positions. The Easel Stand provided by Lenovo gives the X1 Fold extended use ways. You can use the device in landscape mode as a laptop by attaching the provided Keyboard. The portrait mode is useful for times like taking notes or drawing sketches using Lenovo’s Active Pen.

Also Read: How to Compress 4K Videos without Losing Quality on Windows and Mac

An Intel Core i5 processor with 11th-generation Intel UHD graphics tagging along with an 8GB of LPDDR4x RAM, and up to 1TB of PCIe-NVMe M.2 2242 SSD powers the device. Furthermore, the X1 Fold runs on Windows 10 Pro operating system with the pre-installed Lenovo Mode Switcher app.

The application helps the device to recognize the orientation and changes the UI. The keyboard when attached to the device adjusts the display and turns on-screen keyboard when the Bluetooth keyboard is not in use.

The connectivity options are Wi-Fi 6, Bluetooth v5.1, and two USB Type-C 3.2 Gen 2 ports. The device even has cellular connectivity with 5G or 4G LTE support. Apart from these, the device has four microphones and a Dolby Atmos speaker system for an immersive multimedia experience.

In terms of security, the device supports the Windows Hello system with a Hybrid infrared (IR) and HD webcam. Besides, the HD Webcam comes in use for unlocking the device with Windows Hello and for video calling purposes.

The Lenovo ThinkPad X1 Fold launched at a starting price of Rs. 3,29,000 in India. You can purchase the X1 Fold at a listed price of Rs. 2,48,508 from the official Lenovo India website. The company has even provided a no-cost EMI option for up to six months on the purchase of the device.

The low-price listing on Lenovo’s website is justified due to their currently running offers on the device. The offers are expected as valid until the end of this month on X1 Fold. 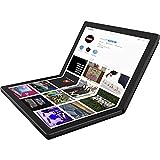 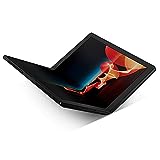 How to Set Up and make Free Conference Calls on Skype