It’s September again, and Apple iPhone 14 smartphones have officially announced at the Far Out event held at the Cupertino campus. The company brought four new iPhones this year, ditched the mini version, and replaced it with a Plus variant. Apple has revealed its latest flagships with two new connectivity features that help in extreme situations.

The two newly introduced iPhones include Satellite Connectivity and Crash Detection for unforeseen situations. Users can take the help of satellite connectivity for SOS in an emergency with no cellular signals around. The Crash Detection feature added to the device will directly dial the emergency when involved in an accident.

Let’s check out the features, specifications, pricing, and availability of the Apple iPhone 14 series.

Apple iPhone 14 and 14 Plus Specifications

The series’s iPhone 14 and 14 Plus models feature Full HD+ Super Retina XDR OLED displays. The regular variant comes at a size of 6.1-inch, and the Plus variant with a 6.7-inch screen that supports HDR10 and Dolby Vision. However, Apple still doesn’t provide these devices with a high-refresh-rate panel but keeps the same 60Hz refresh rate.

The display has a peak brightness of 1200nits and comes with a Ceramic Shield material for better protection from physical damage. Under the hood, the A15 Bionic chipset from the last year’s iPhone 13 series has returned on the new iPhone 14 series. The same security system of FaceID is used for biometric authentication on both devices with a notch.

The cameras on these variants don’t have any significant leap from the previous year. Although, Apple has added a couple of unique options in the camera department that include Action Mode and Cinematic video at 4K 30fps. The Action Mode feature will help you to capture video with more stability using iPhone’s motion sensors.

The Pro variant of the 14 Series includes two models, the iPhone 14 Pro and iPhone 14 Pro Max, with used surgical-grade stainless steel. The Pro and Pro Max display feature a 6.1-inch and a 6.7-inches screen size that supports an Always-On OLED display. The brand has provided the smartphone Apple’s ProMotion refresh rate with an adaptive refresh rate of as low as 1Hz.

The pill-shape cutout on display features Dynamic Island making an interactive space while serving the purpose of hiding FaceID and front-facing cameras. Furthermore, Dynamic Island will showcase your everyday notifications, intuitive music player, calling interface, and Maps. Moreover, Apple has stated that third-app developers can take advantage of this feature.

The processor used on these new iPhone 14 Pro and Pro Max is the new A16 Bionic chipset with 6-cores. The Pro variants of the iPhone 14 arrive with significant camera advancements featuring a new 48-megapixel wide sensor. This new sensor joins hands with the second-generation sensor-shift optical image stabilization.

Also Read: How to Connect AirPods Without Case? Is it Really Possible? 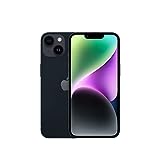 Vivo Y21e with Snapdragon 680 Chipset and DualCameras Launched in India