You know! Huawei is the second popular smartphone brand in the world. They surprised everyone by surpassing the Cupertino tech giant, Apple. However, things didn’t turn out in favor of the company this year as the US imposed a ban that prevented them to indulge in commerce with American companies.

Lucky for them, the ban had been withheld for quite some time now. We heard several rumors about the OEM’s in-house operating system. That made everyone thinking it’s the end of the collaboration between Google’s Android and Huawei. That wasn’t the case though. They created it as a backup plan and went on to release Mate 30/ Mate 30 Pro without Google apps.

Huawei to Launch Watch GT 2 in India on December 5

In case you are not aware, Huawei isn’t only a smartphone manufacturer. It’s true, they come up with dozens of handsets every year even under the sub-brand Honor. But, they have other product lineups too. Take Honor Band for example. Speaking of the band, the wearables have gone through something we can call metamorphosis. In this digital era, they have achieved tons of features.

Huawei Watch GT 2 is the latest from the company on the list of smart wearables. Of course, it isn’t a mere watch, which you can use to know the time or perhaps set an alarm. You can do much more. Even though the product has gone live in the global market, they were reluctant to bring the same to India. Guess what! It’s finally going to happen in a few days.

Let’s have a look at the specifications, shall we?

Under the hood of both, you can find a Kirin A1 wearable SoC. Coming with 5 ATM water resistance, it has support for Bluetooth v5.1 and GPS. You will also get features like fitness tracking, optical heart rate sensors, stress monitoring, and sleep tracking.

Both the models have 16 GB of internal storage and it can work in connection with the phone up to a distance of 150 meters. They say the battery can last up to a week for the 42mm model and two weeks for the 46mm one.

When it comes to the Indian launch, it will happen on December 5. You can buy from both Amazon and Flipkart. The price hasn’t been gone live yet. The European pricing is EUR 249 (roughly Rs. 19,500) for the smaller variant and EUR 229 (roughly Rs. 17,900) for the bigger. 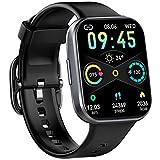 How to Connect Bluetooth Headset to K8 Smart Watch

How to Backup and Export All WhatsApp Chats in HTML, PDF, CSV and XLS Format