iOS 8 has been released by Apple a week ago and many iOS users are enjoying its remarkable features. But it’s usual that every first iOS version of Apple includes bugs in it, similarly iOS 8 users have reported a few crashes in it, and hopefully Apple is going to fix them in next iOS 8.0.1 soon. It’s verified that iOS 7 had some vulnerabilities in it that are now patched in iOS 8, but still security is primary concern of many iOS users.

iOS users are always security conscious because lack of protection can leak their plastic card details and increases the risk of credit card fraud. It’s not just about data theft, it has been seen in some circumstances that children have wasted hundreds of dollars of their parents by mistakenly purchasing in app services; that’s why security for passwords and credit card details is must now for every iOS user.

There are some third party apps available to manage passwords in a more futuristic way, just like 1Password; but it’s better to reveal personal information in front of Apple instead of any third party. Because of this trust factor, I normally use iOS’s iCloud keychain service instead of any third party password manager. Also, iOS users should avoid jailbreaking their iDevices, because it can push them closer to the risk of being hacked. Jailbreak makes your iDevice more buggy and fills it with vulnerabilities, as we’ve seen many hacking attacks on jailbroken devices in past.

The advantage of using iCloud keychain service is that it encrypts your passwords, credit card details and other sensitive data. Moreover, if somebody is trying to login to your iCloud on any other iOS device, he/she can’t get into your iCloud without entering the code, that Apple will send to your pre-set number. Concisely, it’s just like two step verification for iCloud. You can use this keychain for all of your iOS devices, it will also synchronize your iDevices with each other, and so in case you do something on your iPhone, it will be done automatically on iPad or iPod touch.

Without wasting any time, let’s start the guide to turn on the iCloud Keychain on iOS 8 to make your data more secure.

Step 1: First of all, you need to create an Apple ID, if you already have then login to your iCloud and move on to step two.

Step 2: Now go to your Settings>iCloud>Keychain and swipe the button to the right to turn it on.

Step 3: Thereafter, it will ask you whether you want to use your iCloud passcode or you want to setup a new one. From the window (That appears on your iDevice’s screen) tap on the option to “use passcode”. 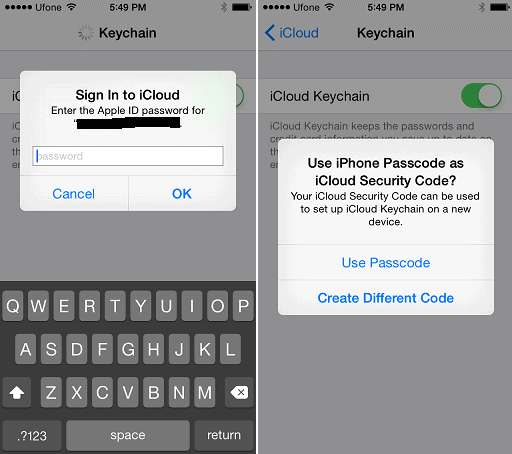 Step 4: Select your country from the first field and add your number after that; this phone number will be use for the two step verification for your iCloud approval. 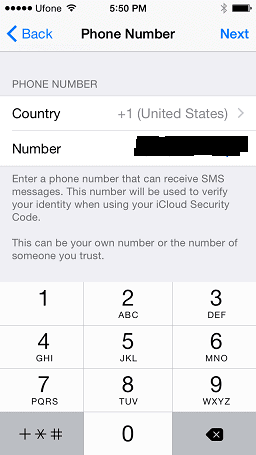