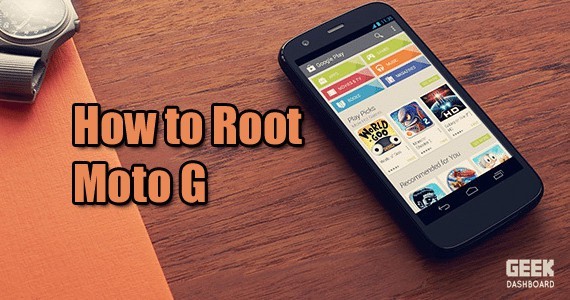 The Motorola Moto G features some great hardware specifications for the price which includes a quad core Snapdragon process, 4.5 inch HD display, 5 MP rear camera with a 1.3 MP front facing camera, 1 GB of RAM and so on.

However, you can still boost the overall user experience and performance of your Motorola Moto G by rooting it and then flashing some custom ROM’s or kernel’s of your choice. And if you are in an extensive search for the best tutorial on how to root Motorola Moto G, then today we are here with a detailed guide on the same.

Below are a few warning statements that you should read before attempting to root Motorola Moto G Android Smartphone:

How to root Motorola Moto G

Below is the detailed guide on how to root Moto G

Check whether the SuperUserSU app has been installed or not or simply use this app to check root status. Congratulations, you have finished rooting your Motorola Moto G Android Smartphone. Hope this guide about how to root Moto G makes some sense and is useful for you.