Digitalization of cameras is a great invention, which has brought us into a new world of photography. Today, everyone owns a smartphone or tablet and loves to click photos while enjoying with his/her friends and/or family on special occasions, such as birthday parties, anniversaries celebrations, on a tour, and the like. Moreover, those who are photography professionals keep DSLRs as they need to click HD photos. The makers of such great cameras are many, such as Sony, Nikon, Canon, Kodak and more. However, such imported cameras require you to be very much careful, not only while using them but also when they are kept unused.

Devices like digital cameras, smartphones, and tablets look really cool & trendy, as they enable you to capture photos and videos; however, you must take immense care of them. Being careless about your DSLR or other digital photography devices may lead to corruption in photos, or sometimes even the device itself get corrupt, causing a huge loss of money and the images/videos you have captured. One most interesting feature of such devices is that you simply connect them to your Mac, and then transfer all photos and videos. Besides, you do not have to get those photos printed; you can simply go through them on the Mac. It is also very easy to share them with your friends on social networks, viz. Facebook, Twitter, Instagram, WhatsApp and more.

You must be glad thinking that all those photos are secure on the Mac or on the camera itself; however, you cannot be too much sure about security measures you take, as data disasters may encounter anytime and ruin all your photos at once. Though you can recover photos on Mac if they are lost, you need a reliable photo recovery app for the Mac.

In spite of multiple features of digital photos, such as no need to print them, sharing with friends, easy editing, and the like, they are equally prone to corruption due to virus infections, and many other issues like improper shutdown, power fluctuations, and more.

A photo is termed as corrupt if it fails to open or a slight variation in its colors (or it grays out) appears. I am pretty much sure that you delete such a photo right at the moment you see it. In fact, keeping a corrupt photo along with others is not at all secure, as they may also get corrupt.

Causes of Corruption in Photos

Photos Loss due to Manual Issues

In spite of various issues (including the aforementioned ones) causing corruption, situations like, ‘photos got deleted unintentionally’ are also responsible for photos losses. Well, such situations are quite hard to avoid, as you do not know when the moment they do encounter is. The causes of photos losses might be different or results of carelessness, though. However, the recovery steps would not be different at all.

As mentioned earlier, digital cameras do not have internal storage, and therefore, they require you to insert an SD Card for storing photos and videos. Well, the size of the SD Card is based on two factors, i.e. the storage space required and the compatibility of the camera with the SD Card. However, when a disastrous event causing photos loss from an SD Card or the Mac encounters, all you need to go for is commercial Mac photo recovery software. 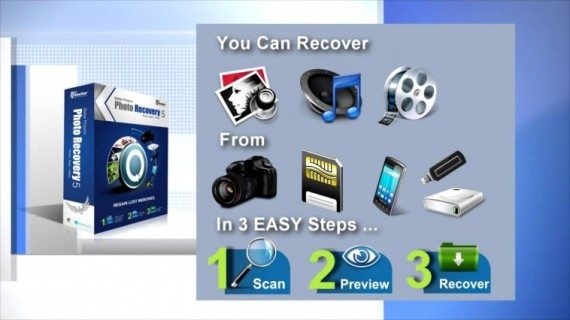 Based on the size of the SD card and the amount of data stored on it, the time elapsed in scanning the card could be up to a few minutes. While the software is scanning the SD card, the preview of the recovered files must be available. Some professional recovery tools provide this feature.

Important: The moment you realize some of the images or stuff saved on a storage device is no longer available or missing, I suggest stop using that storage device, if you want the lost data recovered intact. Or else, you reduce the odds for recovering stuff from the device.