If you are also struggling in combining a set of data in Excel and looking for a solution to merge cells or columns in MS Excel without losing data, then you have stumbled upon the right place. I’ll demonstrate few handy ways to merge columns in excel row-by-row into one.

For purpose of illustration, we have taken a sample table with First name, Last Name, and Grade. We will be merging the ‘First Name’ and ‘Last Name’ to single column ‘Full Name’. 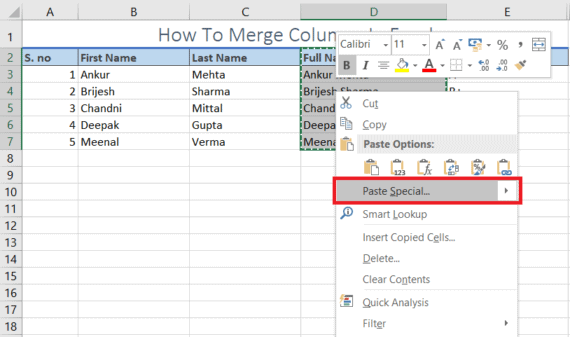 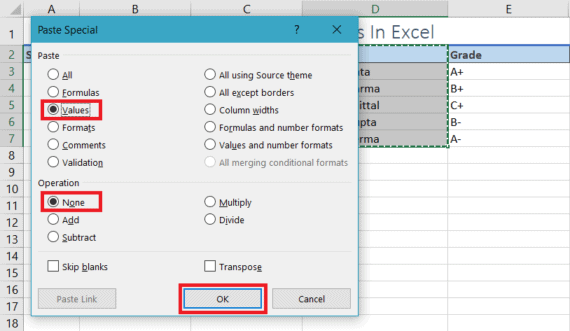 And Done! You learned one method to merge multiple cells in Microsoft Excel.

This is a little bit faster way to merge data in excel than using concatenation formula. However, the previous method is used to merge any columns, no matter if there is any space or column in between. Merging columns using notepad requires both the merging columns to be placed adjacent to each other.

Follow these steps to merge columns in excel using notepad. 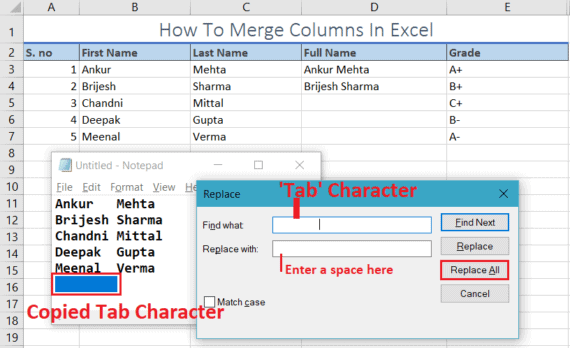 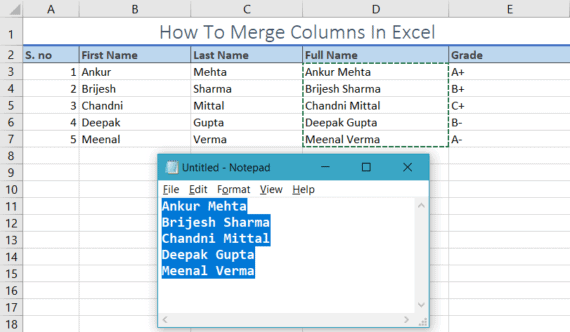 Voila! You have successfully seen a better way to merge cells in excel. This method seems tedious, but you will literally fall in love with the beauty of this method once you try it!

Microsoft Excel has built-in learning and adaptive systems. It keeps a track of work you do in a spreadsheet and can automatically suggest you auto-fill for the subsequent data field. By using Excel Flash Fill (Enable it if you haven’t already), you can easily merge multiple columns in excel. This can also be considered as “shortcut for merging cells in excel” in some lay-man terms.

If Flash Fill fails to suggest the matching pattern, then you can manually trigger it by pressing Ctrl + E or at Data -> Flash Fill.

This method is a lot simple since it doesn’t require any long copy-paste instruction set nor the use of any secondary application to carry out merging operation. Needless to say, you still have one more method to merge columns in excel and this time we’ll make use of third-party plugin.

Alternatively, you can also use some third-party add-ons or plugins which can add a plenty of extra functions to your existing version of Microsoft Excel. I recommend “Kutools for Excel” which has various features to ease up your work and optimise productivity. You will be able to merge multiple cells in excel without losing data. 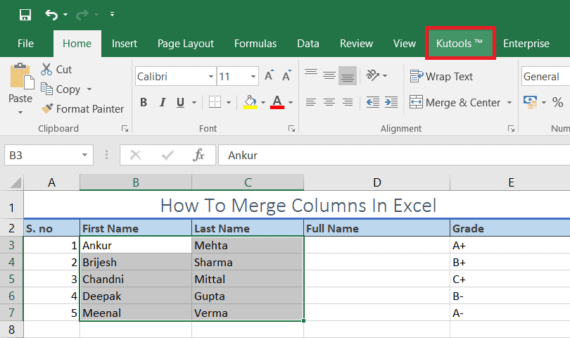 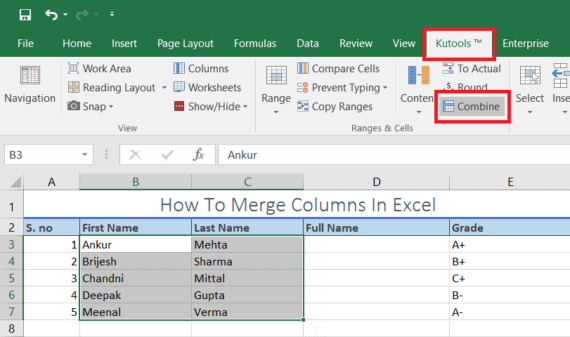 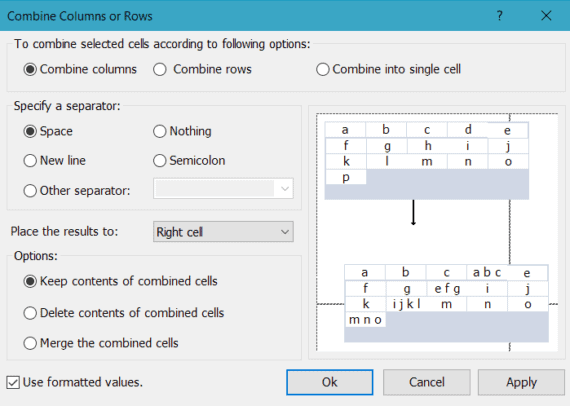 Kutools For Excel has a wide variety of capabilities which can help you save time while working with Excel.

Also Read: How To Sort Gmail Inbox By Sender, Subject, and Label

That’s it! You now know 4 efficient ways to merge multiple columns in Microsoft Excel without losing data. Do let us know which method worked best for you.