This guide will help you to install Nokia Z launcher on rooted smartphones by making use of official apk file and other third part applications. After Nokia teamed up with Microsoft, it has not been at its best at producing new devices. But the employers at Nokia have worked hard to bring out a new software application for the android smartphones. The Z launcher was released recently as a pre-beta version for android smartphones. 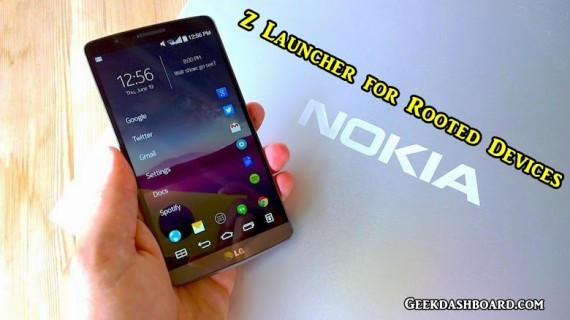 Before proceeding to install Nokia Z launcher on rooted smartphones, lets know more about new launcher from Nokia. The Z launcher intends to be a home screen launcher which can be manipulated by itself according to the user’s day-to-day activity. The Z launcher has the ability to set the home screen icons according to the frequency of the apps being used by the user. The launcher also has a feature where it can show different home buttons for different times of the day. It just keeps on getting better with the usage as it adapts to the user’s nature.

With this launcher the user can reduce on all the tapping for opening one app as it provides with sketching first letter of the app to filter out other apps. We can further limit it to the wanted app by drawing the succeeding letters as well. All the unnecessary scrolling and the pain of searching for an app can get cut down by this feature. As the Z launcher keeps a continuous record of what the user does it can decide as to which contact the user frequently communicates with. This feature helps in creating the contact’s icon on the home screen itself for easier access. 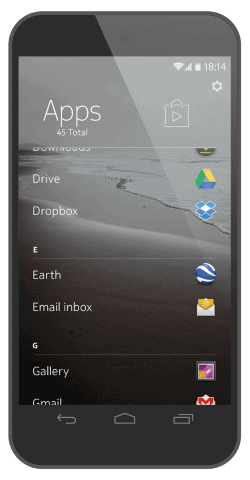 Currently the Nokia Z Launcher has been officially released for only a limited kinds of smartphones and it wont work on the devices which are rooted, but this article would help you install Nokia Z launcher on rooted smartphones.

Download the APK file of Nokia Z launcher from browser if it is not available in google play store. Then make sure that the settings allow installations from unknown sources. You can change this by going to Settings>Security and enable the unknown sources.

Now install the apk file like any other installation. Keep in mind that the Z launcher is only optimized for some devices like Nexus 5, Samsung Galaxy S5, S4, S3, Moto X, Sony Xperia Z1 and HTC one.

To install RootCloak, we have to first download and install Xposed framework v2.4.1 and then download the RootCloak module.

Learn how to Install RootCloak

Once RootCloak is installed, add the Z launcher to the list of apps that is to be enabled under RootCloak.

After completing the preceding steps, we can be sure that any roadblocks related to rooting has been removed, hence we can go ahead to start using Z launcher as your home-screen.

You can go to Settings -> Personalize ->Home Screen and opt z launcher. Henceforth you can start using the z launcher as your new default home screen.

As the character drawing feature helps to shortlist the related apps and contacts, we can add up more characters to the right by swiping the screen to the right and delete the previous character by swiping it to the left. The z launcher home screen offers a calendar and clock widget as well. To experience the best of Z launcher, give it some time to understand you and let it decide your priorities for you according to your habits and usage. Since it is still in beta, you might have to face bugs and other complications.

Hoping that this article helps you install Z launcher on rooted smartphone, we wish you all the best with experiencing your new home screen appearance and unique features.