Using this tweak (works only on jailbroken devices) you can safely bring back slide to unlock option in your iPhone/iPad running iOS 10. No interested to jailbreak your iPhone/iPad? Not a problem, we have another alternate solution to swipe to unlock iOS 10 devices.

In iOS 10 – to unlock, you’ve to press the home button just the right amount instead of side to unlock iPhone — if you hold it for a little more while, there’s a high possibility you may accidentally trigger Siri. Also, Apple is betting on “Raise to wake” — a feature that detects when you pick up your iPhone and turn on its screen automatically. While this sounds good, this feature is available only on iPhone 6S and newer models. This effectively means that unlocking the iPhone 6 and earlier models would now require two steps: one button press to turn on the screen and a second press to actually unlock the iPhone. It looks quite irritating to the user to do an extra click which is not actually required in case of swipe to unlock iPhone in iOS 10 lower versions.

Anyway, if you’ve jailbroken your iPhone/iPad, you could do something about this situation. Today, I’ll show you a jailbreak tweak called “Slide to Unlock 10” that helps enable Slide to unlock feature back in iOS 10.

Note: As already mentioned, this workaround is for jailbroken devices only and will not work on regular/stock versions of iOS.

Here’s how to get started to enable swipe to unlock iPhone in iOS 1o: 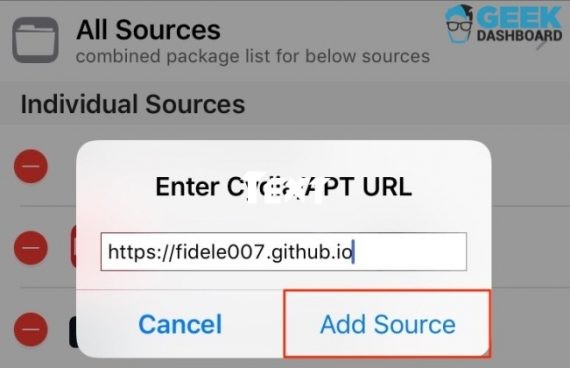 Please note that this source uses an encrypted connection to the server so don’t forget to add an “s” after the regular “HTTP”. Also, this repo contains jailbreak tweaks from a reputed iOS developer, so there’s no harm in installing these tweaks. However, you should be very careful while adding third-party repositories and stay away especially from the ones that promise to offer cracked version of paid apps.

You should now be presented with a success message and should see a “Restart SpringBoard” button. Tapping on this button will respring iOS and your device should be back to Home screen in a few seconds. 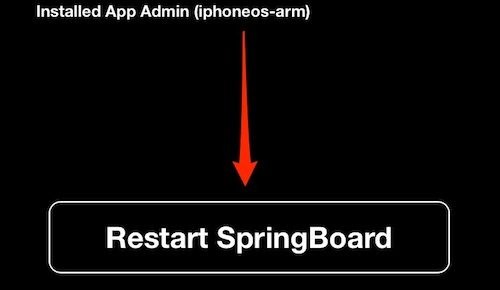 You now have the “Slide to unlock” option back on iOS 10. But wait, there doesn’t seem to be any such option on the Lock screen? Bummer, right? Actually, no.

Our new “Slide to unlock” works a little bit differently. I mean, it does the same job but doesn’t look anything alike. To see it in action, just swipe right on the Lock screen and you should bump right into the passcode entry field. If you do not have a passcode set up, swiping right will take you straight to the Home screen. If you’re using TouchID, it works just as fine. 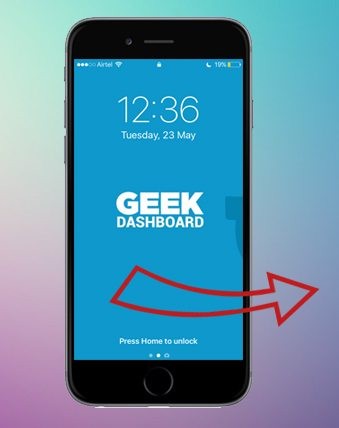 So now that it replaces the “Today view”, how do you access your widgets from the Lock screen? Well, you’ll have to swipe right on the Lock screen and tap “Cancel” on the passcode entry field. I understand that it can be a little inconvenient, but that’s the compromise you have to make while using a third party implementation to bring back slide to unlock in iOS 10.

Also, your first instinct would be to disable the “Today view” from the Settings, but no, just don’t do that. For some weird reason, “Slide to Unlock10” requires that you have the “Today view” enabled. So, if this jailbreak tweak for swipe to unlock iPhone and iPad doesn’t seem to work, the first option would be to navigate to Lock screen settings and verify that the “Today view” is enabled.

If you’re using an iPhone with a TouchID sensor (that’d be iPhone 5S or later), you can unlock your iPhone just by resting your finger on the TouchID sensor, eliminating the need to press down the Home button. To do this, head up to Settings > General > Accessibility.

Here, tap the Home button and enable the Rest finger to open switch.

From now on, you will be able to unlock your iPhone just by resting your finger on the Home button instead of having to press it. This is a minor annoyance that can be easily fixed with a flip through the settings. It’s so second nature that it begs the question so as to why Apple didn’t have it enabled by default. Anyway, now that you know, you should start using it right away.

So, if you are not happy to jailbreak your iPhone just to enable slide to unlock in iOS 10, you can enable this “Rest Finger to Open” which will save you from clicking Home button every time you need to unlock the device.

Enable Slide to Unlock in iOS Using These Easy Steps

Using this jailbreak tweak, you can easily enable Slide to unlock in iOS 10. Sadly, if you haven’t jailbroken your iPhone, there is no way right now to bring back slide to unlock in iOS 10. There’s no denying that iOS 10 feels a hot mess currently but hopefully, the next version of iOS that is set to debut in a couple of weeks will make iOS great again.

So, will Apple bring back the “Slide to unlock” in iOS 11? If you ask me, I’d say that it’s pretty unlikely. Yeah, the backlash is certainly severe, but Apple’s effort in pushing TouchID further and betting on “Raise to wake” options make it very unlikely. So there’s a really minuscule chance that Apple takes a U-turn and bring back “Slide to unlock” once again. For now, let’s wait for the WWDC event where Apple is expected to preview the iOS 11, along with the latest versions of macOS, watchOS, and tvOS.

Meanwhile, what do you think about the current implementation? Do you like the way Apple is moving forward or you’ll follow this trick to enable swipe to unlock iOS 10 devices? I would love to hear your views in the comments section down below.