Google Maps is likely to introduce new features such as Eco-Friendly routes to lessen the carbon footprint and AR Indoor Directions. Google has officially announced today that they are going to implement these new features.

The main aspect is for the ease of users and to generate the lowest carbon emissions. The maps application from Google is a staple software for users that commute every day to new places. Moreover, even many car owners across the globe use it every day.

Also Read: 11 Cool Tricks of Google Maps That You Need To Try

Google is also planning to revamp the interface for picking your mode of transportation for directions on Android and iOS. The users can back out from the Eco-Friendly Routes or else, the default directions shown on the application will have the feature enabled. Besides, this totally depends on the arrival times as if the other route is faster. Google will give choices and lets users compare estimated emissions.

What we are seeing is for around half of routes, we are able to find an option more eco-friendly with minimal or no time-cost tradeoff

– Russell Dicker, a director of product at Google, Alphabet Inc.

The Google Maps users in the coming months can use this feature very intuitively. They can compare car, biking, public transit, and other travel options in one place instead of switching between different sections.

The data of the estimated emissions are derived from the U.S. government’s National Renewable Energy Lab (NREL).  The data from Street View cars that have Ariel and Satellite imageries will derive the road type data. 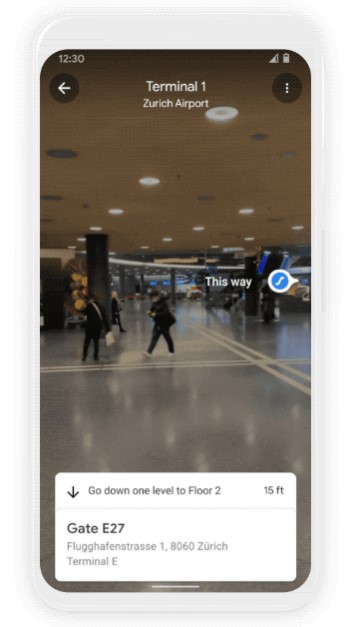 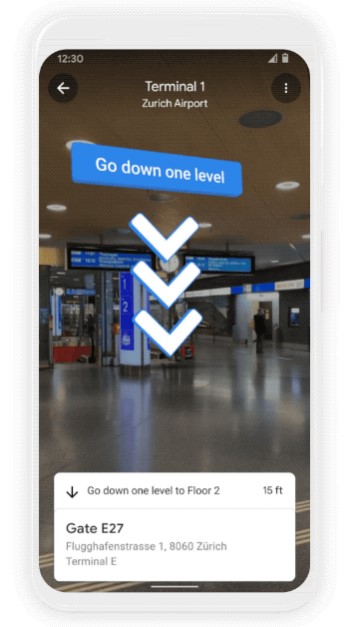 The most anticipated and biggest announcement from Google is the introduction of Augmented Reality Indoor Directions on Google Maps. This particular feature will enable users to have live directions popping up while they see the live camera feed.

Besides, You hold your phone and the app will show directions such as arrows and icons. This will help you to navigate around Indoor spaces.

Currently, the Augmented Reality Indoor Directions has support to limited locations. The locations such as some malls in Chicago, Long Island, Los Angeles, Newark, San Francisco, San Jose, and Seattle.