Google Earth’s newly added feature, 3D time-lapse of the globe shows different climatic conditions on the earth. This is one of its biggest updates after the year 2017. Google has teamed up with Carnegie Mellon University’s CREATE Lab to develop the technology. Besides, this new feature from Google is the biggest addition to the navigation service since 2017. 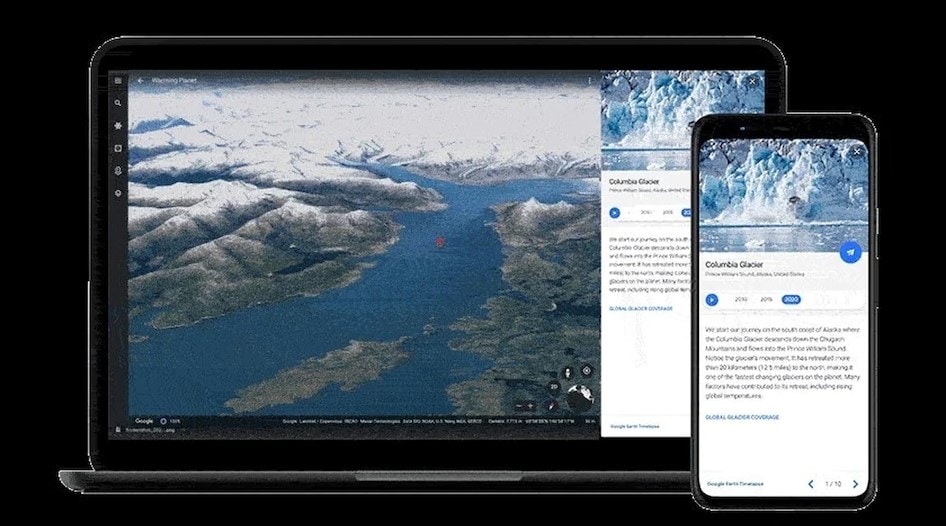 Furthermore, the platform combined close to compiled 24 million satellite photos from the past 37 years. Made the whole compiled imagery into an interactive, explorable 4D experience.

With Timelapse in Google Earth, 24 million satellite photos from the past 37 years have been compiled into an interactive 4D experience.

Besides, Sundar Pichai, CEO of Google

Our planet has seen a rapid environmental change in the past half-century — more than any other point in human history.

Although, the new Timelapse feature in Google Earth compiles 24 million satellite photos from the past 37 years into an interactive 4D experience.

Besides, the company has gathered more than 24 million satellite images from 1984 to 2020. A collection of data from the U.S. government, the European Union, and NASA. This data got compiled and was 20 petabytes of satellite imagery. All this data went into a single 4.4 terapixel-sized video mosaic. The imagery you see now has a lot of data behind as mentioned above which makes it a great feature.

Besides, the previous version of Time-lapse on Google Earth that debuted in 2013 had a basic level of imagery. Furthermore, all the data collected from the year 1984 to 2012 was displayed in 2D image format. The videos have definitely shown how different the earth looked 37 years ago from now. Google has even considered an environment-friendly way to make all the computing.

Also Read: How to Download and Install GCam (Google Camera) With Astrophotography on Any Android Smartphone

The company has stated that they used a carbon-neutral surrounding which computed the whole process. The data is equal to 530,000 videos in 4K resolution.

It took place because of 100 percent renewable energy-matched data centers that went through all the computing of data. Google is even planning to update Google Earth’s time-lapse feature on an annual basis for the coming decade.