Samsung recently unveiled Galaxy S10 Lite and Note 10 Lite in CES 2020. Ever since the company unveiled its Lite variants it has been speculated that these devices may come to India. The recent leak clear that the Note 10 Lite is making its way to come in India. The Watered-down variant of Galaxy Note 10 flagship is said to launch in the country with a starting price of Rs 35,990.

According to a recent report, the Galaxy Note10 Lite price in India is set. The 6GB RAM variant could be priced at Rs 35,990, while the 8GB RAM variant would cost Rs 35,990. To recall you the Galaxy Note 10 series was launched in India with a starting price of Rs 69,999. The reports also suggest that the Note 10 Lite price is also lower than the price of Galaxy Note 9 that often retails at around Rs 43,000 in India.

Well, Samsung already listed both Note 10 Lite and S10 Lite on the website. So, it is confirmed that both devices will make its way to India. However, the company hasn’t announced any official prices yet. The smartphone is speculated to launch in India alongside the Galaxy S10 Lite sometime next week.

The device features a 6.7-inch Full HD+ panel with a resolution of 1080 x 2400 pixels. This is an Infinite-O Super AMOLED display with a pixel density of 349 PPI and a 20:9 aspect ratio. The smartphone has the Note series signature “S Pen Stylus” that works with Bluetooth Low-Energy (BLE Standard). The S Pen support features such as multimedia controls and air commands just like you get in the regular Note 10 series

Under the hood, the device is powered by a 10nm octa-core SoC that is considered to be Samsung’s homemade Exynos 9810, coupled with 8GB of RAM. The phone has a 128GB of internal storage which can be expanded via microSD card up to 1TB. 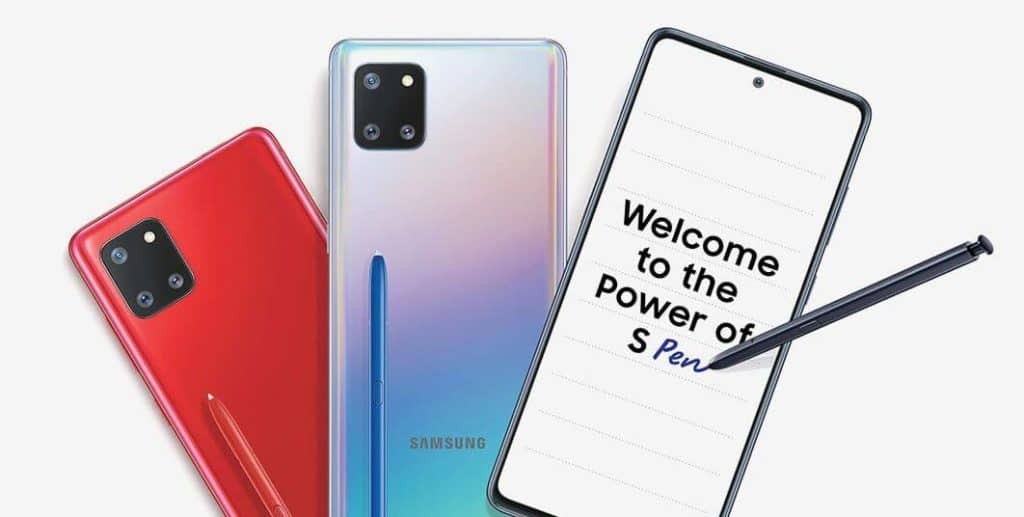 In the optics department, Samsung has provided a triple camera setup at the back. That includes a 12MP sensor with Dual Pixel autofocus, an f/1.7 lens, and OIS. It is supported by a 12MP sensor with an f/2.2 wide-angle lens and a 12MP telephoto lens that supports OIS. For the selfie front, it has a 32MP camera housed in the top center of the display with an f/2.2 aperture.

Well, with this device Samsung is trying to capture the Sub Rs 40,000 bracket. Where brands like OnePlus, Oppo, Asus, and some other brands dominate. To recall you, Samsung is ready to unveil its S11 series on 11 February 2020.