The UAV market is impressively developing with many manufacturers employing the smartphone’s ever-advancing technology to control the drones. Traditional drones were exclusively controlled using the remote controllers, which were not as feature-rich as the smartphones. Some of the today’s drones exclusively use the smart devices to control their acrobatics or to maneuver around using their camera capabilities, whereas others combine these two controllers. Below are the top 5 drones that can be controlled with a smartphone.

It has transpired that smartphones outsmart the transmitters with drone and camera control capabilities. The obvious selling point of the transmitters is the long range compared to smartphones. So it could be advantageous to find the drone that uses both. Still, the benefits offered by the use of smartphone apps are quite impressive and you can take a look at the most important ones below.

Benefits of flying with a smart device

The smart device could be either with the Android, or the iOS operating platform, as these are the most powerful operating systems nowadays. But, we do need to also mention that there could be slight variations with the user interface of the app from Apple App Store when compared to the app you downloaded from Google Play Store. For the apps to function efficiently, you must connect them with the drone through a range of connections that include WIFI and Bluetooth connections. The operator’s manual you got with your drone and the information the apps themselves offer, will direct you

Top 5 drones that work with a smartphone

Below are our handpicked drone models that work with a smartphone. 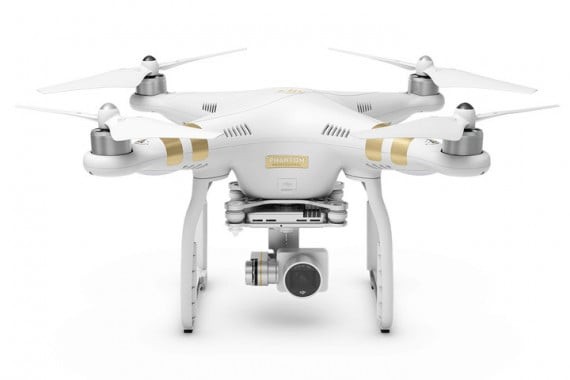 The DJI’s Phantom 3 Pro is surely one of the higher-performing drones on the market, although, not so budget friendly. It features a 3-axis gimbal, 12MP camera and can shoot 4K videos with a speed of 30 frames per second. The footage that you record and shoot with this drone can be streamed live to your iPhone or Android smartphone. Lots of features, such as auto landing and take-off commands, can be controlled easily using the phone. You first have to connect the smart app with the drone, and then follow the instructions.

It can also be controlled remotely via GPS, while the smart device app helps with camera capabilities. That’s a great combo that makes this quad one of the best, especially for commercial or professional photography use. 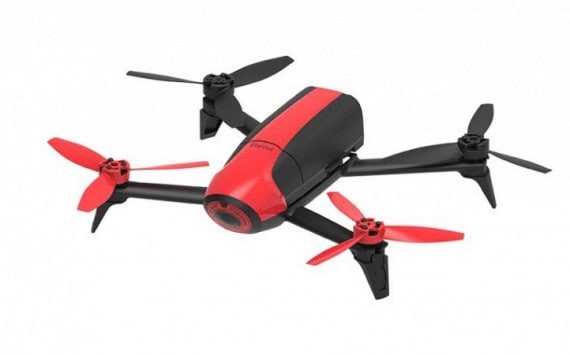 The Parrot Bebop 2 is also one of the amazing drones that can be controlled with a smart device, either Android or iOS. The Parrot is an emerging manufacturer of drones and has so far impressed with their unique designs and features. Most of their drones are exclusively controlled by the smart device app. If you feel comfortable using the duo (RC and smart app) you can find the specific RC controller model for that.

The Parrot Bebop 2 comes equipped with the FreeFlight 3 – the smartphone app that enables you to configure the FPV and control the drone. This model, in particular, has amazing autonomous flying modes and impressive camera capabilities. With the app, you can manage to maneuver it without a problem. But, keep in mind that you will have to pay more in order to unlock some of the advanced features on the smartphone app. The basic controls are available for free. It still has a dedicated controller, in conjunction with the smart device app. You could opt to order the combo that includes the FPV goggles and the dedicated controller, which would be the complete adrenaline rush experience, but you will have to pop out extra money. 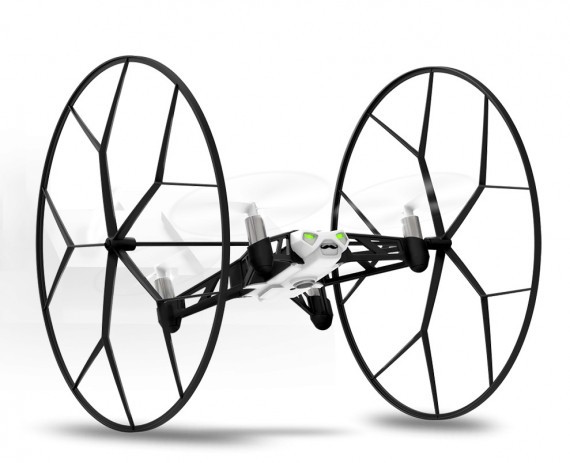 The Parrot extends its versatility by manufacturing a mini-drone that can be manipulated with the smart device application. The Rolling Spider is not as advanced as the Bebop series, but is also really interesting to use, and costs a lot less.

The thing that makes this drone model unique, are the big, plastic wheels with which you can roll the drone basically where ever you want, the floor, the ceiling, the walls, or you can just fly it indoors without worrying that the blades will break if you hit something. In case the drone happens to hit something and falls, the wheels will significantly prevent the damage.

The intriguing part is when you control this mini-quad with the smartphone app. It comes with a small camera, with which you can capture great indoor aerial footage, but, you can also stream live camera feed to your smartphone so that you can fly it in FPV. It is an absolute breeze to connect the app to the quad with the help of the user manual provided. 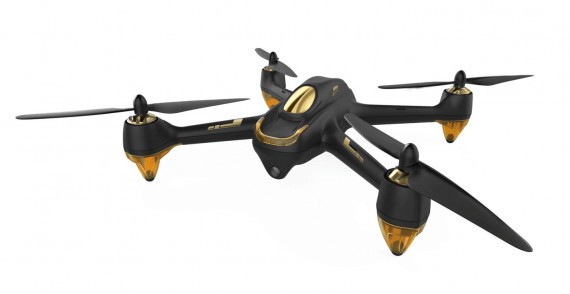 The X4 H501S Pro from Hubsan is also an amazing medium sized quad that can be controlled with ease, using the smartphone application. More precisely, this drone is controlled by the advanced, Android-powered, remote controller, that comes equipped with the FPV video display screen. On the display, you can maneuver a plethora of control settings, including the camera. But, for convenience sake, the smartphone device can also be used if you decide to get just the drone. You can download the app from your phone app store and connect it with ease to the drone to control it. Most of us are familiar with the user interface of smartphones. So it shouldn’t be challenging to set it up, given the user manual instructions. 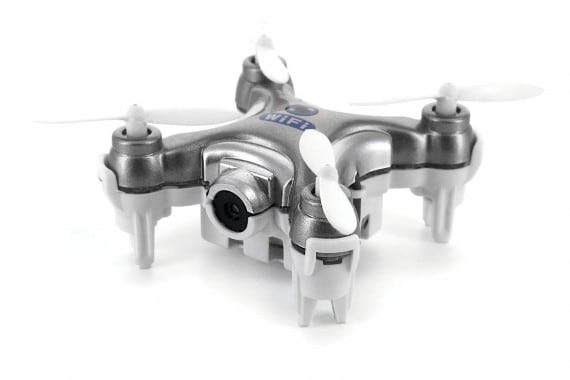 The Cheerson CX-10W is not only the most affordable and the tiniest drone but also the easiest one to control with a smartphone. It is a great toy, especially for the inexperienced pilots who have never flown a drone before. It is an RTF (Ready to Fly) model and requires virtually no technical skills or just minimal of them, such as recharging the battery and connecting your smartphone to control it.

Your smartphone app will help you control the 0.3MP camera to take great aerial images. The app, CX-10WiFi, can be downloaded from your app store. It is free to download and install. All the images captured with the camera can be streamed directly to your smartphone, through which, you can also pilot the drone in FPV.

We have come to the end of the most convenient smartphone-controlled drones on the market. There are literally many drones nowadays since the smartphone control has grown in popularity due to customer preference. Nonetheless, the drone models on our list are there, mainly due to how easy it is to control them with smart devices.