If you happen to use a Windows-powered machine at your workplace then you must be using the Google Chrome browser. This is because Chrome gets the job done and is also secure to use. But we also know that Google Chrome is a memory hog. There are a ton of memes and funny jokes made about how Google Chrome takes a lot of memory and Chrome Software Reporter Tool is one of the reasons behind this high CPU and RAM usage.

Also, if you happen to have more than 10 tabs open on your PC inside Google Chrome at the same time then your PC is bound to get slow. Running Google Chrome affects the battery life on your laptop too.

Regardless of these issues, Google Chrome is still one of the best browsers at the moment. But a new issue has now come to the surface regarding Chrome Software Reporter tool which is a .exe or executable file.

Now, this tool will be found running in your task manager whenever you run Google Chrome. You can also see it for yourself by going to Task Manager on Windows by pressing Ctrl + Alt + Del and going to the processes tab.

What is Chrome Software Reporter tool?

Chrome Software Reporter tool is usually found inside the Google Chrome installation folder as software_reporter_tool.exe. This is not malware as the program is distributed by Google on its Chrome browser. As it is from Google, the tool is safe but it does cause a few issues to the users.

Basically, this tool is used for Chrome Cleanup. It cleans the software on your PC which causes issues to Google Chrome. For this, this tool has to obviously run in the background and periodically scan your PC as well. If Google Chrome is facing issues such as crashes, modified startup, bugs or unexpected ads then this tool will check for its possible reasons.

Now, this means that the tool is good for your PC’s health. But it causes issues as it scans your PC for possible infected files regularly. If we talk about Chrome Software Reporter tool’s working, it scans your PC and sends the list of installed programs from your PC to Google. After that, Google checks the results and determines if there is any harmful software on your system.

Well, this is the main issue with the tool. As it scans the entire system for all installed programs, it takes a lot of memory in the background which causes the system to slow down. Also, there is the aspect of privacy as well. No one would like to have the list of installed programs on their system being sent to Google.

It is also reported that Google Chrome high CPU usage is also due to this tool. According to users, this tool is known to use 30% of CPU power for scanning your system. Obviously, the scan will take some time and during that time, the CPU gets overloaded. It also means that your current tasks will be affected and you have no option but to stop or delete chrome software reporter tool.

If you have Google Chrome, you are bound to have this tool already on your machine. Attached below is a screenshot of the tool which was found on our PC. As this tool is known to create issues, you will feel that you need to disable Chrome Software Reporter tool.

Now, we have found some methods through which you can block chrome software reporter tool from your PC. All you need to do is follow the steps mentioned below carefully and the tool will be removed.

We have listed three methods which will block or remove chrome software reporter tool from your machine. Note that this will not cause any problems whatsoever to Google Chrome so you can perform these steps without any issues. 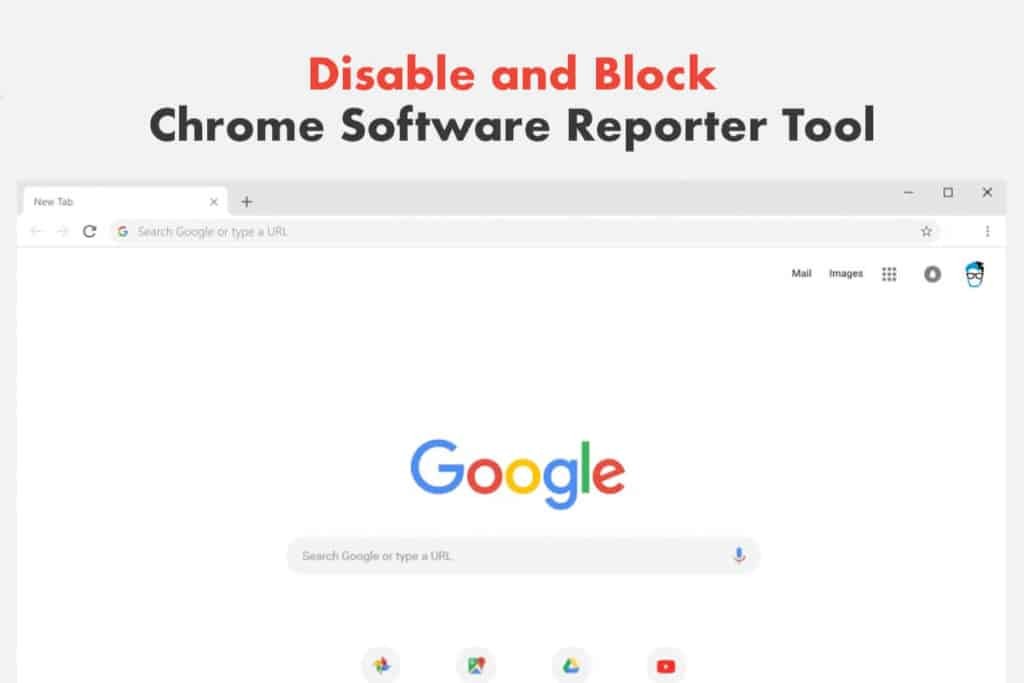 That’s it. You have successfully blocked chrome software reporter tool from your PC. This is the first and quickest method to stop this tool on your PC by blocking/disabling it.

However, we have also mentioned alternative steps below that you can try if this method does not work for you.

If the above method to disable chrome software reporter tool fails, you can try this alternate solution. In this method, we use the default registry editor present in our Windows operating system to disable this tool.

2. In the registry editor, navigate to HKEY_LOCAL_MACHINE > SOFTWARE > Policies key.

3. Select the Policies key and go to the Edit menu. Hover over New and select Key to create a new key inside Policies register.

4. Once the new key is created, name this new key as “Google“.

5. Once again, create a new key inside Google and name this key as “Chrome“.

6. Now you will have a path HKEY_LOCAL_MACHINE > SOFTWARE > Policies > Google > Chrome in your registry editor. You have to now create two new DWORD values named “ChromeCleanupEnabled” and “ChromeCleanupReportingEnabled” inside Chrome directory.

For this, right-click on Chrome inside Google and from the Edit menu, click on New > DWORD (32-bit) Value option as shown in the below image.

Once both 32-bit DWORD values are created, your system will block chrome software reporter tool from running in the background.

On following the process mentioned above correctly, you should definitely be able to disable this tool on your system.

However, we have already mentioned that this is an alternate method and a slightly lengthier one. So if the first method fails then only you should you try this alternate method. In case if you need to re-enable the tool sometime in the future, just change both the values to 1.

This method is very similar to the second method that we have mentioned above. In this method too, we will use the Registry Editor to block chrome software reporter tool. But the only difference is, we will edit a completely different registry key.

Restart your PC for changes to come into action. Once the PC is restarted, this newly created DisallowRun will literally stop chrome software reporter tool from running.

As we mentioned earlier, this is an alternate method and we recommend you to try both the above methods first. If both above-mentioned methods fail for some reason then you can follow this method which should definitely work.

Advantages of blocking this tool

Disadvantages of blocking this tool

We know that some users have been facing a lot of problems due to Chrome Software Reporter tool. Therefore, we advise them to block it at the earliest. However, if you are not facing any problems with Chrome Software Reporter tool then you should not block it as it is capable to find various infected files and softwares hidden on our PC or laptop.