Dell XPS 15, XPS 17, and G15 models arrived along with Alienware X15, X17 Gaming Laptops in India. The newly announced laptops from Dell come with Intel 11th Generation and AMD Ryzen series 5000 series chipsets under the hood. On the other hand, the Alienware X-series comes with advanced Cryo-Tech cooling technology with a Legend 2.0 evolutionary design.

The X15 R1 from Alienware sports a 15.6-inch display with a resolution of 1080p and supports a 360Hz high refresh rate. Under the hood, up to Intel Core i9-11900H CPU powers, the device coupled with up to Nvidia GeForce RTX 3080 GPU. The storage provided on the X15 gaming laptop is up to 32GB of DDR4 RAM and 1TB of SSD internal storage.

The Alienware X15 R1 features the proprietary Alienware Cryo-Tech which helps to improve the thermal resistance with 25% improvement in contrast to other gaming laptops. This improvement was made possible by using the thermal interface material called Element 31 in this model.

Also, Alienware is using the HyperEfficient Voltage Regulation which extends performance for a longer duration while gaming.

The connectivity options of the X15 include a Windows Hello IR camera for secure login, USB Type-C and USB-A ports as well as a bundled USB Type-C-to-Ethernet adapter. The battery pack on the X15 comes with an 87Whr cell that comes with a 240W power adapter for charging.

The X17 version features a 17.3-inch display with a resolution of 1080p with a refresh rate of 360Hz. The laptop comes with a similar system of thermal management provided on the X15 variant. The system comes with HyperEfficient Voltage Regulation for extended performance and Element 31 thermal management. There is an optional Cherry MX mechanical keyboard available for the laptop.

Under the hood, up to Intel Core i9-11980HK CPU coupled with; up to Nvidia GeForce RTX 3080 GPU powers the device. The storage provided on the X17 is up to 32GB of DDR4 RAM, 16GB of VRAM on GPU; and 1TB of internal SSD storage. The connectivity options are similar to the X15 except for the Ethernet port provided along with the USB ports instead of a bundled adapter.

The storage provided on the G15 laptop is up to 32GB of DDR4 RAM and 512GB of PCIe NVMeM.2 SSD storage. The connectivity options of the G15 include an HDMI 2.1 port, a USB 3.2 port, two USB 2.0 Gen 1 Type-A ports; and a 3.5mm headphone/ mic jack. Besides, the laptop comes with Nahimic 3D Audio tuned speakers, a dual-array digital microphone, and a 720p webcam.

The laptop comes with up to an 11th Gen Intel Core i9-11900H CPU and up to an Nvidia GeForce RTX 3050 Ti GPU under the hood. A 1TB PCIe 4×4 SSD and memory options of up to 32GB RAM are provided in the storage department. Also, a quad-speakers setup that includes two 2.5W woofers and two 1.5W tweeters tuned by Waves MaxxAudio Pro and Waves Nx 3D audio.

The connectivity options of the XPS 15 are two Thunderbolt 4 ports, a USB 3.2 Gen 2 Type-C port; a full-sized SD card reader, and a 3.5mm headphone combo jack. Additionally, the XPS 15 supports Killer Wi-Fi 6 AX1650 and Bluetooth v5.1. The battery pack provided on the laptop is an 86Whr non-removable cell.

The connectivity options include Killer Wi-Fi 6 AX1650 and Bluetooth v5.1; four Thunderbolt 4 ports, and a 3.5mm headphone combo jack. Besides, there are not many differences between the XPS 17 and 15 except for the battery capacities. The battery provided on the XPS 17 is a 97Whr which is slightly bigger than the 15-inch version. 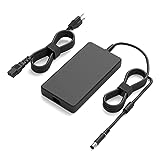 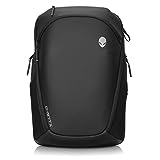 How to Remove VideoDownloadConverter Toolbar Permanently