Running out of ways to show your love towards the tech titan, Apple? What if you get a chance to have an elegant notebook with 450 photos of their products? You can showcase it like a hardcore apple fan.

You don’t have to wait anymore! Apple announced the launch of such a hardcover notebook and, you can order it now on their website. Moreover, it will be available in selected Apple retail stores soon as well.

Apple Releases a New Book Containing 450 Images of its Products 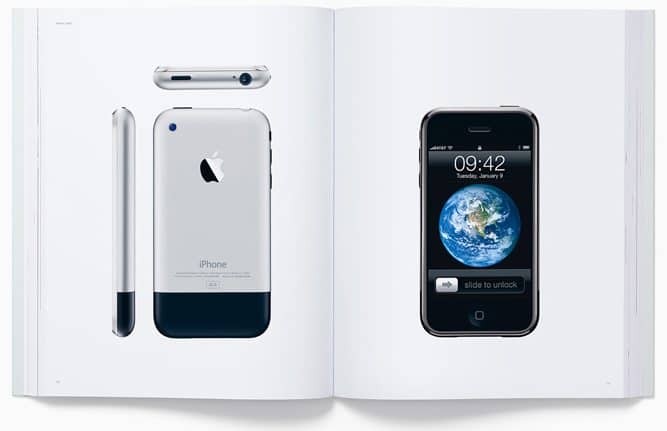 What do you think is the name of that book?

It’s Designed by Apple in California. They didn’t care to give up the pricing tradition with this product as well.

Apple’s new notebook depicts the last 20 years in the history of the company. Andrew Zuckerman is the guy who was behind the camera. The product lineup featured in the book starts from iMac from 1998.

We all know and we praise the industrial design of Apple. Thanks to the legendary Steve Jobs. The notebook excels in its design. Apple published it by themselves. They dedicate the same to the memory of Steve Jobs.

Also Read:- Apple is not the First Company to Come up With a Touch Bar. Guess Who?

You can read the following lines in the foreword section of the book.

While this is a design book, it is not about the design team, the creative process, or product development. It is an objective representation of our work that, ironically, describes who we are. It describes how we work, our values, our preoccupations, and our goals. We have always hoped to be defined by what we do rather than by what we say.

The custom-dyed paper is what Apple used to make this book and, it features edges of glided matte silver. Linen bounds the cover and they told that it took them eight years to complete the book.

Apple included the themes of the last Macbook Pro events in the book. Given that people have mixed reactions to their recently launched products, we are unsure about whether we can find them in a position to unveil such a book after 20 years or not.