Apple launches iPhone 13 series at its “California Streaming” virtual event as part of its every year’s September event. The virtual event even featured announcements with a range of Apple products in the lineup. The updated Apple products lineup includes Apple Watch 7 Series, a new iPad, and a revamped new iPad mini model.

Apart from this, Apple has showcased some new features regarding its Apple TV+ and Fitness+ programs. The updated iPad mini features narrow bezels and comes with a USB-C port similar to iPad Air. Speaking of the Apple Watch Series 7, the fitness watch has a bigger screen with narrow bezels and a more durable body for rough usage.

The iPhone 13 and 13 mini comes with similar screen sizes from last year which are 6.1” and 5.4” respectively. The design of these new models is similar as well except for few changes in camera placement and display. The display of the 13 and 13 mini features a smaller notch; and the rear cameras are placed diagonally for bringing the sensor shifting technology from the iPhone 12 Pro Max.

Also, the ultra-wide-angle camera; the same sensor with an f/2.4 aperture found on the predecessor iPhone 12 and 12 mini devices. Besides, the iPhone 13 and 13 mini is powered by the powerful A15 Bionic chipset.

The iPhone 13 Pro and 13 Pro Max feature the same screens with 6.7” and 6.1” displays with smaller notches and XDR panels similar to 13 and 13 Mini. The displays on the Pro variants now feature ProMotion which enables a higher refresh rate of up to 120Hz. Besides, the refresh rate dynamically adjusts itself and changes from 10Hz to 120Hz according to the touches and scrolls made by the user.

The Apple iPhone 13 Pro series camera modules feature a new 77mm telephoto camera with 3X optical zoom and an ultra-wide camera. Also, the new ultra-wide sensor can take macro shots at up to 2cm from a subject which brings sharper details on the object. Besides, the Pro variant even features a primary wide camera with an f/1.5 aperture and 1.9um sensor pixels.

Apple has brought in some all-new features regarding its cameras; which include the computational grade Night mode photography and the new Cinematic video mode. The night mode works flawlessly according to Apple as they have fitted the sensor-shift lenses on its regular 13 and 13 mini variants as well. Besides, The cinematic mode can shift focus between subjects even when moving with rack focus.

Moreover, the 13 Pro and 13 Pro Max are powered by the A15 Bionic chipset; with upgrades in performance and battery life. Besides, Apple is stating that all the new models in the iPhone 13 lineup will provide longer battery life; when compared to the last generation. Also, the tech giant has doubled the base storage; from 64GB to 128GB and the prices remain the same as last year’s iPhones.

The iPhone 13 series pre-orders will begin from September 17 and the sale starts from September 24 in the US, UK, Japan, China, Australia, Canada, and India as well. 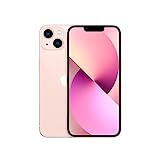 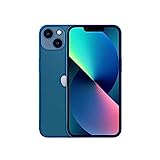 How to Stop Flash Messages in iPhone and iPad Permanently

Fusion Drive vs SSD (Flash Hard Drive): Which is Better and Why?