The Apple iPad 10th Generation, iPad Pro, and TV 4K box have arrived in India. The tech giant has brought its updated iPad to the country, which features a design similar to iPad Air. However, unlike the M1 chip, the brand has used the A14 Bionic chipset on the 10th Generation iPad.

The iPad Pro tablet from the company brings an all-new M2 Chipset inside. The chipset brings a more improved overall CPU and GPU performance. The 10th generation iPad comes with the support of the 1st Gen Pencil but only supports lightning charge and requires a Type-C adapter.

Let’s look at the specifications, pricing, and availability of the iPad 10th Generation.

A 10.9 inches Full HD Liquid Retina IPS LCD covers the display of the iPad 10th Gen. The display comes with a screen resolution of 1640 x 2360 pixels. Furthermore, the display features 500nits of peak brightness, a screen-to-body ratio of 80.5%, and a pixel density of 264PPI.

Under the hood, the 5nm Apple A14 Bionic chipset paired with Apple GPU (4-core graphics) powers the device. The chipset used on the iPad features 6-core CPU, 4-core GPU, and a 16-core Neural Engine.

The connectivity options on the iPad 10th Gen includes Dual-band Wi-Fi 802.11 a/b/g/n/ac/6. Bluetooth 5.2, GPS with A-GPS, GLONASS, and a USB Type-C Port. The sensors array on the device comes with a top-mounted fingerprint sensor, accelerometer, gyro, compass, and barometer.

The battery pack provided on the iPad is a 28.6 Wh cell that supports regular charging speeds. The iPad runs on Apple’s latest iPadOS 16 and will receive timely updates.

Also Read: What Does “Charging on Hold” or “Battery on Hold” Mean in Mac

Apple Magic Keyboard Folio for the new iPad, which connects with the 10th gen via the Smart Connector and attaches magnetically, costs Rs. 24,900. The tablet from the tech giant comes in two different storage options of 64 GB and 256 GB, both in Wi-Fi and Cellular versions. 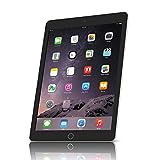