The Do Not Disturb app from the Indian Telecom Regulator finally arrives on the Apple Store. The dispute has been going on over for months between TRAI and Apple over the inclusion of the DND app.

What was the issue?

Apple and TRAI had been struggling on the issue for over a year on the DND app. The smartphone company had been trying to avoid this speculation for years. They weren’t ready to include the app in thier App Store due to privacy concerns. In July, TRAI issued a directive to Indian Telecom Companies that the phones not supporting the DND ap would be banned in India.

Though the above directive did not directly mention Apple’s name it was very clear since it is the only phone to not support the Application. Apple has always been one step ahead when it came to keeping the user’s data private. And the TRAI-DND app required permission to access user’s SMS and call log’s which the company feels should be present there. But to avoid the ban threat imposed by TRAI, Apple had to lay down the standoff and finally brought the Application to the App Store.

How does it work? 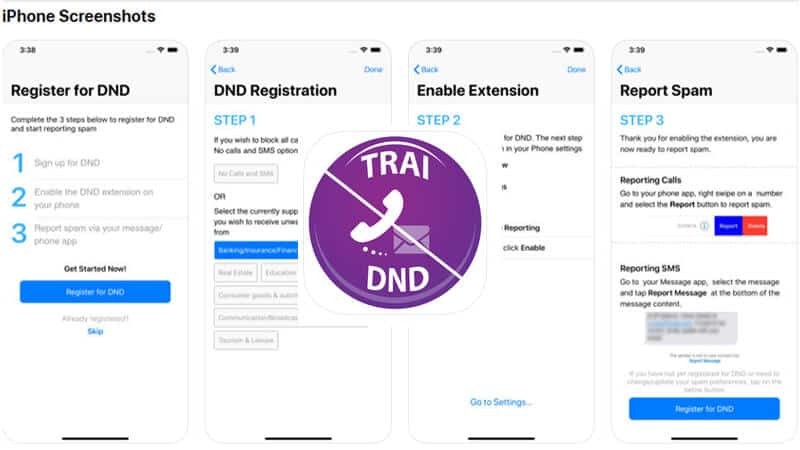 The app will be made available to all the iPhone user with iOS 12.1. After installing the app, you would be guided to a three-step process to register yourself before using it on the phone. Once you have registered to it, you can now directly report spam messages and calls. You can also report the telecom calls from the app itself.

Though, keeping the privacy concerns in mind Apple has issued a warning statement after you have activated the DND app. To ensure that the iPhone users can now take their privacy setting in their hands altogether, the alert says

For received text messages that you report, the developer will receive all the text, content and sender information. These messages may include verification codes from banks or other institutions.