Advanced Micro Devices Inc, or more popularly known as AMD, revealed their 7nm based next generation chips at a keynote address at CES 2019 held in Las Vegas. AMD officially announced the Radeon VII, the newest graphics card in their line up.

They also had a demo with the new third-generation Ryzen CPU chips. These new models directly compete with Intel processors as well as NVIDIA graphics cards with the Ryzen VII aimed at NVIDIA‘s RTX 2080. 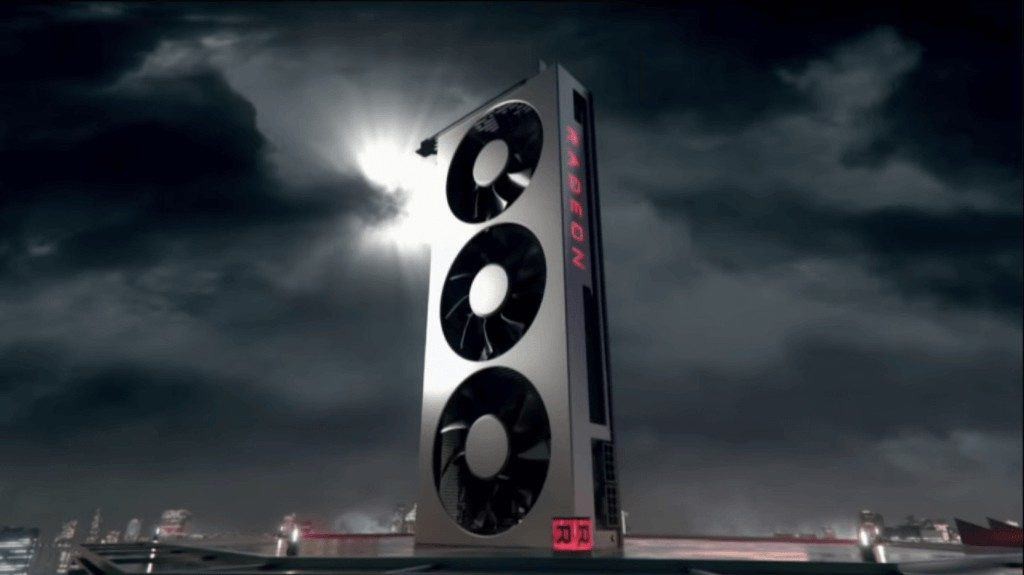 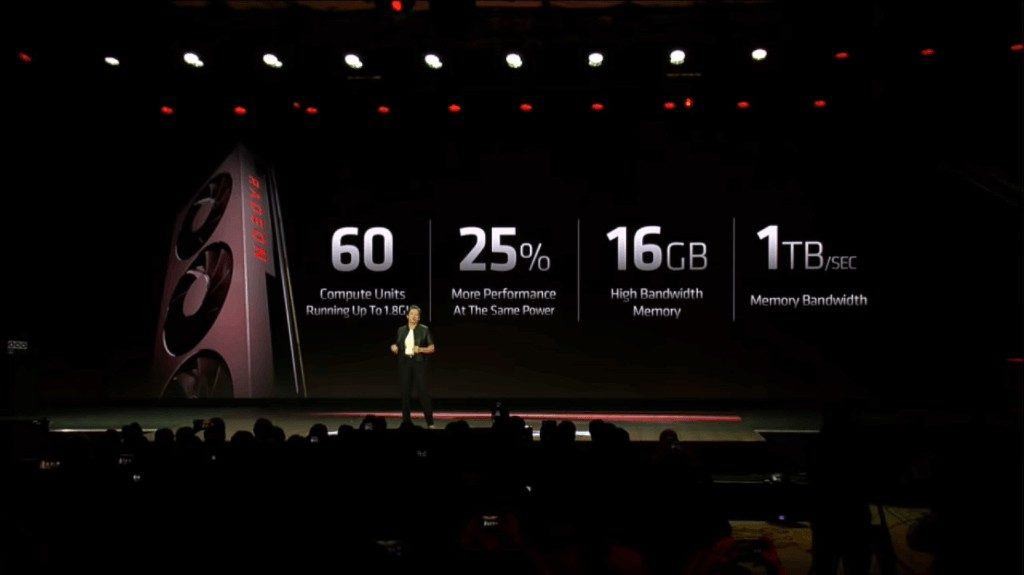 The Radeon VII will come with a price tag of $699 which puts it directly in the price bracket of NVIDIA RTX 2080. The new card will start shipping from February 7 so you’ll have to wait a while.

The key specifications of the Radeon VII include a whopping 16GB of memory with 60 compute units. The compute units are a little less than the Vega 64 but the increased memory and processing power makes it a faster and a significantly better card. It has 3840 stream processors which can clock up to 1.8GHz and an impressive 1 Terabyte per second of memory bandwidth as highlighted by AMD chief executive Lisa Su in the keynote. 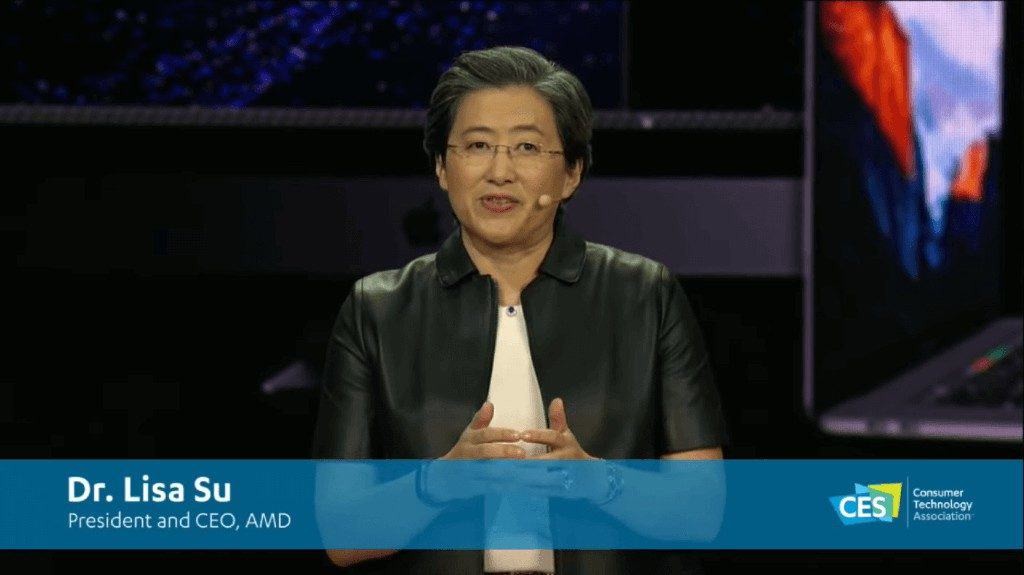 The card will also come with Resident Evil 2 remake, the much awaited Devil May Cry 5 and the highly anticipated The Division 2. This makes it a pretty sweet deal as these games will be quite expensive. They will also come with the Desktop that has the graphics card installed. The Alienware Area 51 Threadripper gaming desktop will be the first Desktop that comes with the Radeon VII.

AMD also revealed that Google’s highly awaited Project Stream will also be using AMD Radeon Graphic cards. Project Stream will allow gamers from all over the world to play games at high settings and 60 fps right from their browser. The service works by streaming games directly to your computer screen. You just need a decent enough internet speed and a computer that can run a browser and you are good to go.

With AMD powering most of the consoles in the market and also Google’s own Project Stream, it is sure to make up for their falling behind in the race with NVIDIA and puts them in front.

But NVIDIA still pulls ahead with their Ray tracing technology but with the Radeon VII promising to perform considerably better, gamers are going to have a hard time deciding which option to go with. This news is good for the gaming community as with the two tech giants NVIDIA and AMD going head to head, the only one getting the benefits will be the consumer. 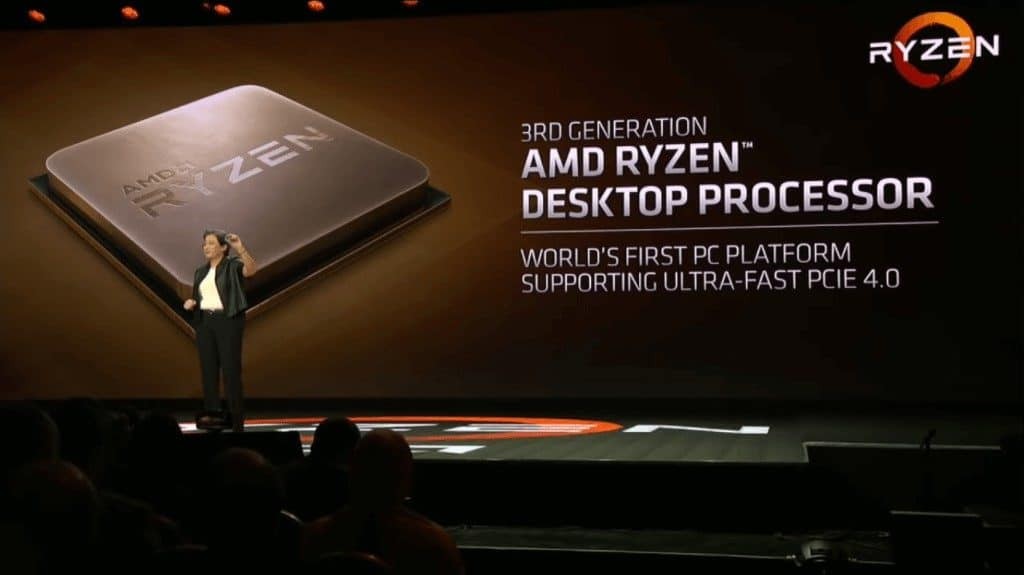 The 7nm Ryzen CPU will compete with Intel’s beast, the Core i9-9900K. Both processors come with eight cores and sixteen threads and as a result, the Ryzen CPU can easily match the Core i9 in performance. But the main advantage comes in the power consumption department.

With a more denser and smaller 7nm chip, Ryzen will give the same performance for about 30% less power making it a better choice than the Core i9. Less power means less heat, which will help maintain constant and unfluctuating performance throughout.

While the Radeon VII will start shipping from 7th February, the Ryzen CPUs will launch at a considerably later date. They will be released by mid-2019 during Q2 or Q3. It’s tough to conclude if the newly launched chips will actually be as fast as what we have been promised. But AMD’s keynote seemed upbeat and highly confident about their products. Only time will tell.