Do you know about Facebook birth and amazing Facebook Facts? Well, we are here to write some mind blowing Facebook facts which makes you to feel “wahh! Awesome”. Facebook was established on February 2004 by Mark Zuckerberg. He may don’t know that it would rule and entertain this entire world while starting it. Till now there are many changes in it and achieved many mile stones. At beginning this site is available only for students studying in Harvard university. Later on he managed to extend this wonderful social media site to this entire world. He started this Facebook with the help of his roommates. In 2009 January it is ranked as #1 among all social media sites available on web. If we go deep in to Facebook analytic’s, many interesting and amazing Facebook facts can be discovered. We have collected some of those Facebook facts and helping our readers to know about them 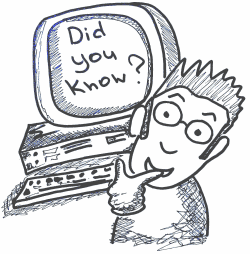 Recommended to Read : How to Make Money online from home in 5 different ways

Facebook users are increasing tremendously. According to 2014 year stats there are more than 1.4 billion users registered on Facebook. No matter how many of them are fake accounts.

How many friends do you know personally in your friends list? 80% of friend requests are accepting by users.

250+ million new photos are uploading in to Facebook everyday. 2.6 Billion Likes and comments by users everyday

Users using Facebook on their mobiles are 50% more active than non mobile users. More than 200 Network providers over 60 countries are working to promote Facebook mobile products

Recommended to Read : How to increase your website traffic in 40 different ways

More than 1 billion Apps and websites are integrated with Facebook

Everyone is joining Facebook including old people and even kids. It is estimated that age of Facebook user is 38 years on average

At starting Facebook is almost closed due to some court issue. Client yelled, Mark Zuckerberg steel his idea of Facebook. But this issue was closed on court for undisclosed amount

There is no Specific explanation for the phase Poke from Facebook.

There are many updates happened on Facebook from 2004. Some of them are listed below

Recommended to Read : 30+ Cool and Funny Images for your Facebook Timeline

Still Many Facebook Facts are remaining with us and we will cover them in upcoming article. Till then try to recover from those facts and subscribe to our feeds and leave a blog comment below, how you felt about them. If you know more Facebook facts, please let us know about them and we will try to add them in next update